CAC-1557 does not carry usb data from monitor usb hub

I just bought today a CAC-1557 cable, in order to connect my monitor to my laptop.

I wanted to connect my monitor + mouse + keyboard to the laptop, with just one cable connecting to the laptop.

I have a mouse and a keybord that are connected to the usb inputs on my monitor (there is a usb hub inside it).

The usb data from the mouse and the keyboard does not pass to the laptop, even though display port can carry usb data.

For the built in hub on the screen you need to use the cable provided with the screen which will probably look like the below. The CAC-1557 will not provide power the the HUB or the transfer the data from the HUB. 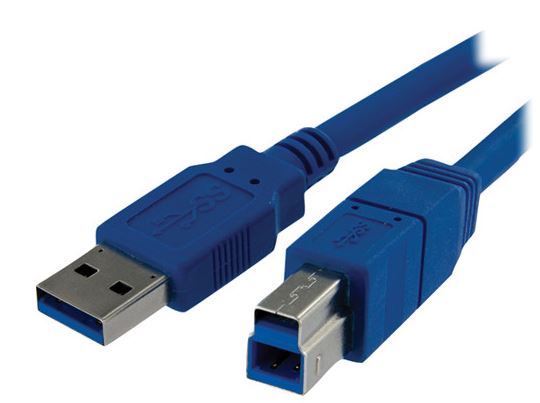 If the monitor does not have a USB-C port, then you need one cable for video (DisplayPort or HDMI) and another cable for data (USB 3.x).

If you still want only one cable to your laptop, then you need a USB-C or Thunderbolt dock. Then you can connect the two cables from the display to the dock and one cable from the dock to the laptop.

If your laptop supports Thunderbolt 3/4 or USB4, then a Thunderbolt dock would be the best dock option for max video and a data bandwidth.

A USB-C dock may also work. If the display is 4K 60Hz, then you’ll want a USB-C dock that does not support USB 3.x so that all the bandwidth can be for video. CableMatters has some USB-C docks that can do that (they support USB 2.0 only).

A USB-C dock that supports USB 3.x will be limited to 4K 30Hz unless the dock and laptop and display supports DisplayPort 1.4 (HBR3). If the display doesn’t support HBR3, then an MST hub can convert two lanes of HBR3 to four lanes of HBR2. Some docks have a MST Hub built in to support multiple displays.