Thanks for bringing this adapter to life, just wondering how they are going? and a rough date when i can order one?

Is it just the USB vs USB-C power that’s the difference?

Do they both not support VRR? (not that it really matters to me v-sync would be fine)

Any problems with them so far?

Also wondering about this! There is a good amount of speculation about this on Reddit right now but no concrete information.

It looks like it supports VRR but is it planned for release any time soon?

Hello ! End of June is the expected release date – no VRR no Gsync no Freesync on this first batch .. it might be possible to upgrade with a firmware support in the future but no guarantee there

Can we pre order?

Make sure that you have a compatible graphic card with DSC 1.2 before you order this 😀

Is it available to order?

It was available to order 2 days ago but already out of stock.

I saw one or two sites in Europe start listing it, but my impression was that the “out of stock” status meant they didn’t have it for sale yet. Would love to get a status update from Club 3d.

Yes same, I’m trying to track one down to buy in Australia, but all these Euro sites don’t look like they ship internationally.

( Got an answer from Club 3d , they told me that most of the stock will be available next week )

The adapter does not support G-sync or Freesync but it does support bog standard V-sync to prevent tearing.

The one huge caveat to this adapter is that its handshake between the graphics card, adapter and TV seems to be very brittle. And what I mean by that is, whenever I switch between HDR to SDR or vice versa, the screen will go black and stay black until I pull the USB power cord out of the adapter and put it back in again to turn it back on.

The same thing happens after I close down a game when i’m finished playing it. The transition from game screen to the desktop screen once again turns the screen black until I power down the adapter and switch it back on again.

It’s really annoying to have to keep on powering it off and on but when it’s working, everything looks so good.

For those LG SM9000/B9/C9/CX users out there, in the Picture Settings, I’m using Game Mode and all 4 HDMI sockets have HDMI Ultra HD Deep Color turned on. In the Input Home Dashboard I’ve also edited the HDMI socket hooked up to the Club3D Adapter/GPU to ‘PC Input’. 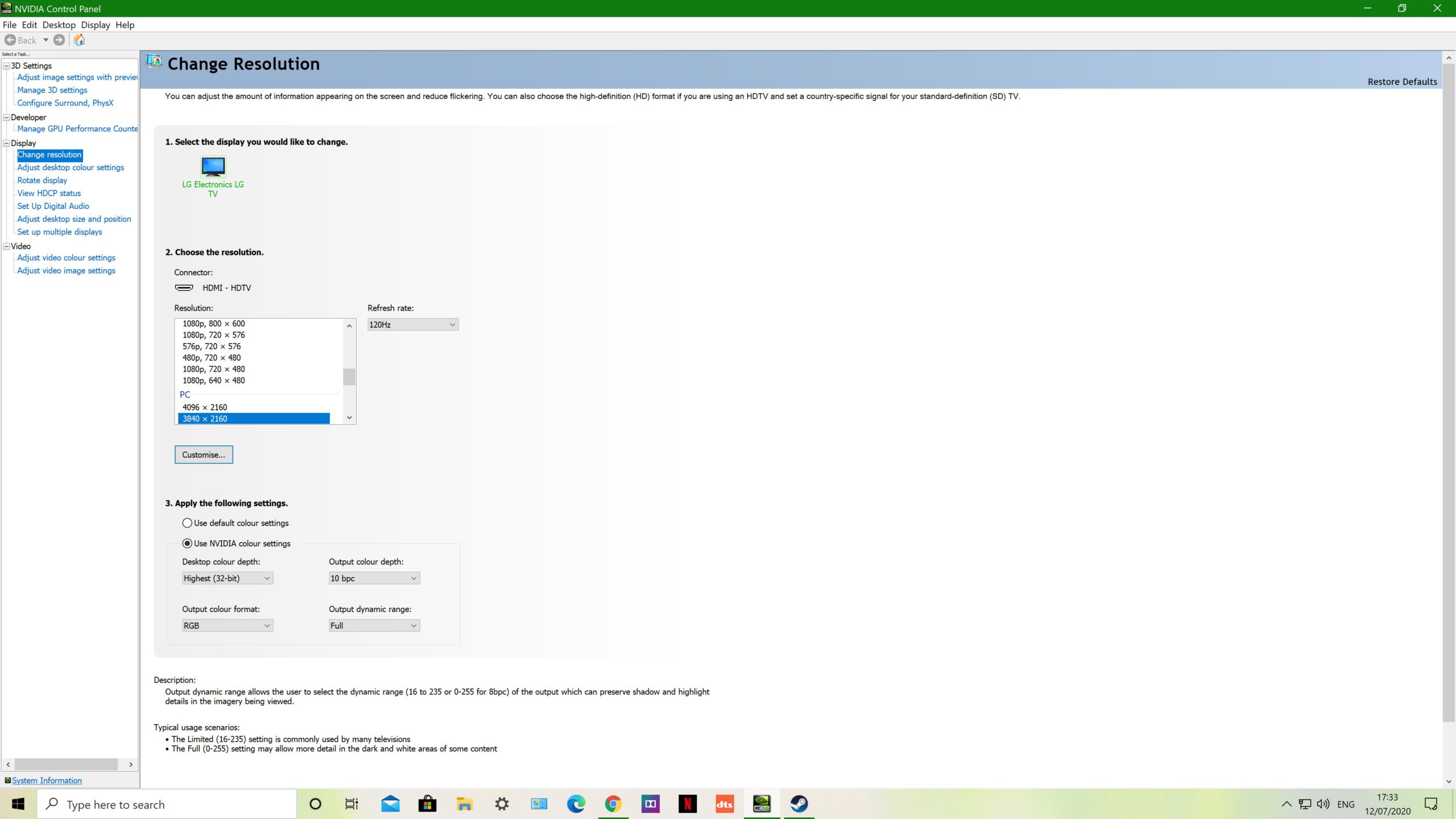