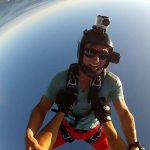 mackow15 4 0 on 03-12-2021
I purchased a couple 32″ QHD monitors (LG 32QN600-B) that I’d like to run in 2K from my MSI laptop (https://www.memoryexpress.com/Products/MX00115712) through (via USC C) my Clud3D CSV-1564 docking station. The monitors have 2x HDMI 1.4  and 1x DP 1.4 inputs each while the docking station has 1x HDMI and 1x DP output.
I’m running USB C thunderbolt from my MSI laptop to the docking station.
I’d like to be able to run the native resolution (QHD 2560 x 1440) on both my QHD monitors but only the unit running DisplayPort gives me the option. The HDMI monitor seems to only run on HD (1920 x 1080) and my display settings in Wins10 don’t let me set it any higher.
Any ideas on how to make this work? This was the only reason I got this docking station and I was informed where I bought it that this was possible. Thanks!
Reply

Hi individually thats possible but not when you want to connect dual. The display bandwidth allocated via this dock does not allow for both to run at 2K but a max of 1080p for dual display

Okay thanks for the response. That’s unfortunate as they sales person told me this was possible.

Do you have another model docking station that is capable of running two external monitors at 2K?

The dock contains an MST Hub that only has 2 lanes of DisplayPort input. This is because the USB-C dock uses two of the 4 super speed lines of the USB-C connection for USB 3.x.

Now, if the dock were updated with a DisplayPort 1.4 MST Hub, then it could use two lanes of HBR3 for 50% more bandwidth (enough for two 1440p60 8bpc displays). And if your GPU supports DSC @ 12 bpp then you could effectively double that so you could connect two 4K60 8bpc displays or two 1440p60 10bpc displays. DSC @ 8bpp could effectively triple the bandwidth but I don’t think I’ve seen that mode before. I don’t think Windows shows anywhere what DSC compression ratio it’s using.

I think 10bpc is required for HDR (at least in macOS). Windows may allow HDR with 8bpc?

The CSV-1566 uses two lanes of HBR2 for one display and DisplayLink for additional displays. Maybe you want to avoid DisplayLink if possible.