I need a device that can mirror a 4K60 signal and this sounded promising. But because it’s an MST hub Windows shows two displays. I can mirror them in Windows, but then I’ll just be sending two identical signals instead of one that is duplicated within the device.

Do I need to do something to turn off MST support in Windows or is there a trick to doing it on the device itself?

I’m trying to puzzle what you are trying to ask. But I can’t figure it out.

Mirroring, Identical signals and Duplicated are all the same thing to me, but I still don;t understand what you are trying to ask. Can you try and rephrase your question?

Also mention the hardware you are using.

I’m asking about the “Mirror Desktop Mode” listed as a feature for the product I mentioned:

The 6th image has an example of it.

This product is listed on your web site as a video splitter and that’s exactly what I need. Something that takes a DisplayPort signal and sends it to multiple displays.

As far as I can tell though, this product is not a video splitter and does not mirror at all. Instead it relies on Windows to clone a desktop which is completely different.

So I’m asking if I’m overlooking something to enable the mirror setting that is mentioned.

Ok I understand now. What hardware are you trying to use to mirror into 3 displays? This way I might be able to figure what’s wrong. Also if possible please show me your display settings. 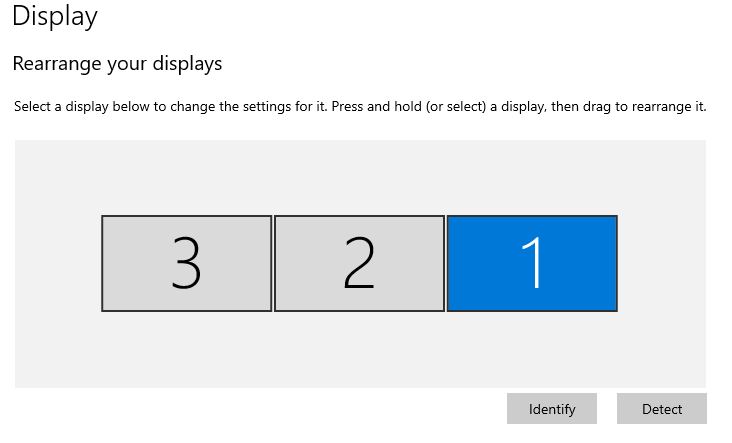 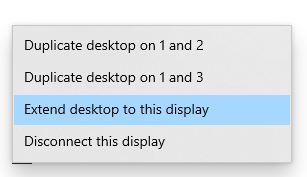 macOS doesn’t support MST hubs for multiple displays. It will send out a signal which is used by all attached displays of the MST Hub. This duplication of the signal seems to be a feature of MST hubs: consider a basic DisplayPort 1.2 MST Hub with three outputs – macOS can output 4K 60Hz to that and get the image sent to three displays – There’s no way macOS can send three 4K 60Hz signals through DisplayPort 1.2, therefore it must be the hub that is doing the duplication (maybe with some prompting by macOS).

Now, with Windows, mirroring on an MST Hub is not the default. But if you enable mirroring, then maybe you get the same result as macOS – where the MST Hub is doing the duplication? You can test this using a similar setup described for the macOS case. If the output pixels per second is greater than the possible input pixels per second then you know the MST Hub is doing the duplication. The setup will be more difficult with the CSV-7300 because it support DisplayPort 1.4 and DSC so the input needs to have a higher pixel clock than the DisplayPort 1.2 case.