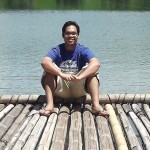 Club 3D is based in the Netherlands with sales offices in Germany and North America. They were established in 1997 and became the first “Add in Board” with TAI Technologies (now AMD) back in 2001. They have one of the broadest ranges of AMD Radeon graphics cards in the industry, as well as power supplies and various other accessories. Today we will be taking a look at their Radeon R9 285 royalQueen.