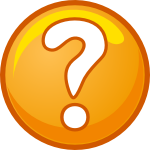 I have the Club Radeon R9 280 Royal King and two displays: 1x Benq GL2450 (with DVI and VGA connections) and 1x Benq GL2450HM (with HDMI, DVI and VGA connections). The latter is connected with a HDMI-cable and works fine (including sound). The first display GL2450 is not recognized when connected with a DVI cable from display to the R9 280 DVI output.

Is it possible to connect both displays to the DVI and HDMI outputs of the R9 280 card simultaneously?
Is there some setting to be done in the R9 280 software and if so, how / where?

The fact that 1 screen is running off the R9 280 tells me the system is ok and the grahics card as well.
In the Bios of the mainboard you can select the option to have the system initialize on the PCI-E Graphics or the Integrated Graphics. Normally this will be set to “Auto”, i prefer to disable the integrated graphics completely or chose for the option “PCI-E Graphics only” which normally doe sthe same thing. This means the Graphic outputs of the Mainboard dont function anymore and you should use The R9 280.

Thx, but it did not help, see below.

Okay, this is what I did:

I connected both screens to the graphics card, one with HDMI the other with DVI and restarted the computer. During starting up I enabled UEFI (BIOS Asrock H81M) and both screens worked fine (both showed exactly the same). Graphics adapter was already set to ‘PCI Express’.
Then restarted computer again and when Windows 10 was starting up both screens showed the blue windows flag and the circling dots for 5s or so, then the screen with the DVI cable went black and showed ‘no input signal’ and Windows appeared only on the HDMI screen.

Hi Toots,
When the system recognizes a discreet Graphics Card the BIOS of the mainboard should disable the on/board Graphics. Please check for BIOS update for the mainboard because this does not sound right.