Hi guys, I use the Club3D DP to HDMI 2.0 adapter to connect my PC (R9 390) with my Samsung TV.
Worked fine until I downloaded the AMD hotfix 16.9.1 – now I can only run 30p on 4k resolution.
Also on my display adapter only the 30hz option is available via dropdown menu – I actually think it is a driver problem, but someone on reddit told me that I will get a new firmware for my adapter if I post here.
I thought it is worth a try – where can I find the firmware downloads for my adapter?
Thanks in advance!

Perhaps first try to clean the driver and all related Graphics Software first before installing new driver. So don’t use update feature. Also please do un-install in Safe Mode so the registry can be cleaned or use program like DDU (DisplayDriver Uninstaller). http://www.wagnardmobile.com/?q=node/103

I mean i like the roll-back solution best, but in case you would need to update drivers … that is worth a try

I always use DDU. Forza Horizons 3 crashes on the “Optimizing Settings for your PC” screen at 74% every time on the old drivers so rolling back isn’t a great solution.

Sorry mister fancy pants, i know you dont really want to hear this, but i would advise you to keep unsing 16.9.1 until amd has a fix for the many issues 19.6.2 seem to cause

BY the way did you try it without the crossfire enabled ?

I did not but would that make a difference on the desktop?

just checking what influence that would have

Did anyone already try use 3rd party program like CRU to overwrite the settings of the 16.9.2 driver ?

Yes, I did and just got a black screen.

Hope to get a firmware update for the adapter from Club3D support in response to a written request via the site menu. Seen someone wrote that this may resolve the issue.

Buying an HDMI 2.0 GPU card will be the last thing I will do – in revenge for that they have delayed it for years keeping my UHD TV useless until Club 3D have finally resolved the matter. AMD have lost the momentum with HDMI 2.0 – too late.

i’v the same problem i’m fix at 30hz for 4k after update lastest radeon software v16.10.1 and the same after remoove the last version

of course I’m back on 16.8.3 from restore, but AMD keeps reminding of an available update and this just isn’t right. We expect a fix from Club3D as AMD does not tend to be interested in doing this.

Thus actually, the CAC-1070 product doesn’t work as stated by the manufacturer (with the latest GPU drivers). It’s not working and a rollback is a workaround.

Of course we informed R&D on this and they are working to find out if there is a way to fix the problem that hte new AMD causes. Will keep you all posted on devellopment.

Thanks a lot! Much looking forward to it!

hoping that you guys find a solution soon, I appreciate that you even care and respond while AMD just sits back and doesn’t give a F

There is a thread on AMD’s forum about this and it looks like there is a problem with 4K60Hz even if you aren’t using an adapter. The last reply is a guy with a RX480 and RX460 and he claims if you turn off the display and turn it back on again, you get 60Hz again. I won’t be around my PC all day or I would have tested it already.

I tried it and there was no change form me.

Another possible fix from the AMD forums. Turn on UHD HDMI Ultra Deep Colour in your TV settings seem to allow 60Hz on a couple of different TV’s. Will try tonight and report back.

I can confirm that this works. I now have 4K60Hz again.

I have no such option for ultra deep colour on my TV… only viable drivers are still 16.7.3 and 16.8.3 getting seriously pissed off at the monumental amount of money wasted on not only this adaptor but also the R9 Fury graphics card.

Everybody is pissed off with this sales strategy fraud. They sabotage us, they’ve decided upon it when UHD TV’s were released A DECADE AGO. They want more money and us to buy Computer Monitors with DP inputs instead of TV’s and there is probably an informal agreement between TV and Monitor departments to prevent TV’s with DP inputs being produced at all for preserving revenues. Resolving this simple issue would KILL the Computer Monitor market segment completely.

I wonder how Club3d have managed to survive getting their active adapter on sale anyway.
So relax, we are all suffering. 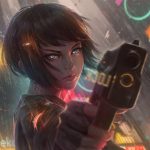 Did you set color depth to 8bpc?, got alot of info on my blog
https://nwgat.ninja/club3d-displayport-1-2-to-hdmi-2-0-adapter-review/

Rolled back to 16.1.1 works perfectly in 60p – no perfect solution though.

Anyone tried if the new ReLive driver fixed the issues?

If it somehow fixes it, I’ll eat my own head…