Should I buy a replacement graphics card or an upgraded card? 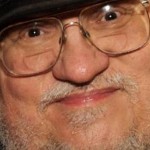 My Radeon R9 270 (http://club-3d.com/index.php/products/reader.en/product/radeon-r9-270-14series.html) has died and I’m looking to buy a replacement for it or buy a completely new, more up to date card. I don’t know what would be the best choice though, I’ve had no problems with my existing graphics card until it died but before it did, the fan was making some terrible noises. I just thought it was dust and so cleaned out my whole system a couple of times. The sound did eventually stop for a while but then it came back, and then it finally croaked in December there. It’s a good card though, the graphics are fantastic.

My dilemma though is that I don’t know if I should either buy a replacement or a new one, since it’s from December 2013. I bought my PC in January 2014, so it was a brand new piece of hardware at the time. I don’t know, if I did buy a totally different card, what would be the best to run on my system. I’ve had it two years this January but still works fine, save the graphics card obviously. I’ve been running my system without it for a while now and couldn’t get round to replacing it due to a busy schedule. I’ll post my specs and if anyone could recommend a new graphics card or just advise me to buy the same one again, that’d be great. Thanks.

Sorry if I’m a little light on the stats, would be happy to fill you in on anything extra. Would greatly take any advice anyone offers. The system works fine without the graphics card, minus the fact I now have no sound and can’t jump on any games, so it’s not something that needs to be immediately addressed, I can live without a graphics card for now, and I’m going to be busy soon anyway so games are my least concern for now.