I have many flickering lines or pixels when displaying a big black window, image or video.

How can i fix this, is there a firmware update?

I purchased this adapter because sleep works, with my old setup i always had to disconnect the Mini Dispayport to USB-C to get back a image… Insert Image Size must be less than < 5MB.
Save Cancel
Reply

What setup causes the flickering?

I have many flickering lines or pixels when displaying a big black window, image or video.

When connecting the display to a old Mac Pro no flickering

Here you say no flickering

Here you also say no flickering

when i use the CAC-1510-A adapter with the display it flickers.
both other cases are to ensure that the display is not the problem.

Could you please send an email to [email protected]

Describe the issue and name the hardware used. Which Apple cinema display you are using etc.

DisplayPort and Dual Link DVI are both digital signals.

On the DisplayPort side, the signal is four lanes of HBR which is only 2.7 Gbps.

They have to be really noisy for flickering to happen (or the adapter is poorly designed). Maybe you have some devices nearby causing interference?

Maybe flickering can be removed by adding a USB or Thunderbolt dock between the adapter and Mac. The dock might be able to improve the DisplayPort side of the adapter.

Of course, the CAC-1510 (HDCP ON) doesn’t produce an image with my Apple 30″ Cinema Display and macOS – the screen is black but it flickers the same as the black rectangle test image.

I’m using the Intel GPU of a Intel Mac mini 2018. So it’s not a problem with M1 Macs. Normally, I use my Apple 30″ Cinema Display with a GTX 680 that has two Dual Link DVI ports – which have no problem with the display.

Only workaround is to not look at black screens… Black text on white background is ok but you may see some of the pixels in some of the black text flicker occasionally.

The flicker is not a loss of sync. It’s just outputting incorrect pixels every frame in varying locations. It mostly affects black pixels. It’s very noticeable with a black rectangle. The problem is greatly reduced when the black rectangle is changed to 5% brightness instead of 0% brightness.

Is the adapter doing something dumb like converting DisplayPort to analog and then converting that to Dual Link DVI?

I believe DisplayPort and DVI use 8b/10b encoding so there shouldn’t be a problem with a bunch of zero bits being transmitted.

Is it a problem having to do with limited range RGB (supporting 16-235 instead of 0-255)? If that were the case then colors would look off but they are not, and white pixels would be affected.

I see Dell has an older firmware update for fixing flickering with a Dell U2417H display. I don’t know if it’s for the same kind of flickering.
https://www.dell.com/support/home/en-ca/drivers/driversdetails?driverid=tgjch

what I have noticed is that the flickering/pixel problem gets better when the adapter gets warm after 30min of use. very strange…

i have the same firmware

I think you might be right. The pixel problem may decrease over time.

I’m not sure if I’m imagining things, but does it seem that even if you see no flicker that the pixels are showing something like static, except the difference between light and dark pixels is only like 1%? Is it doing FRC (Frame rate control) with less than 8 bits? 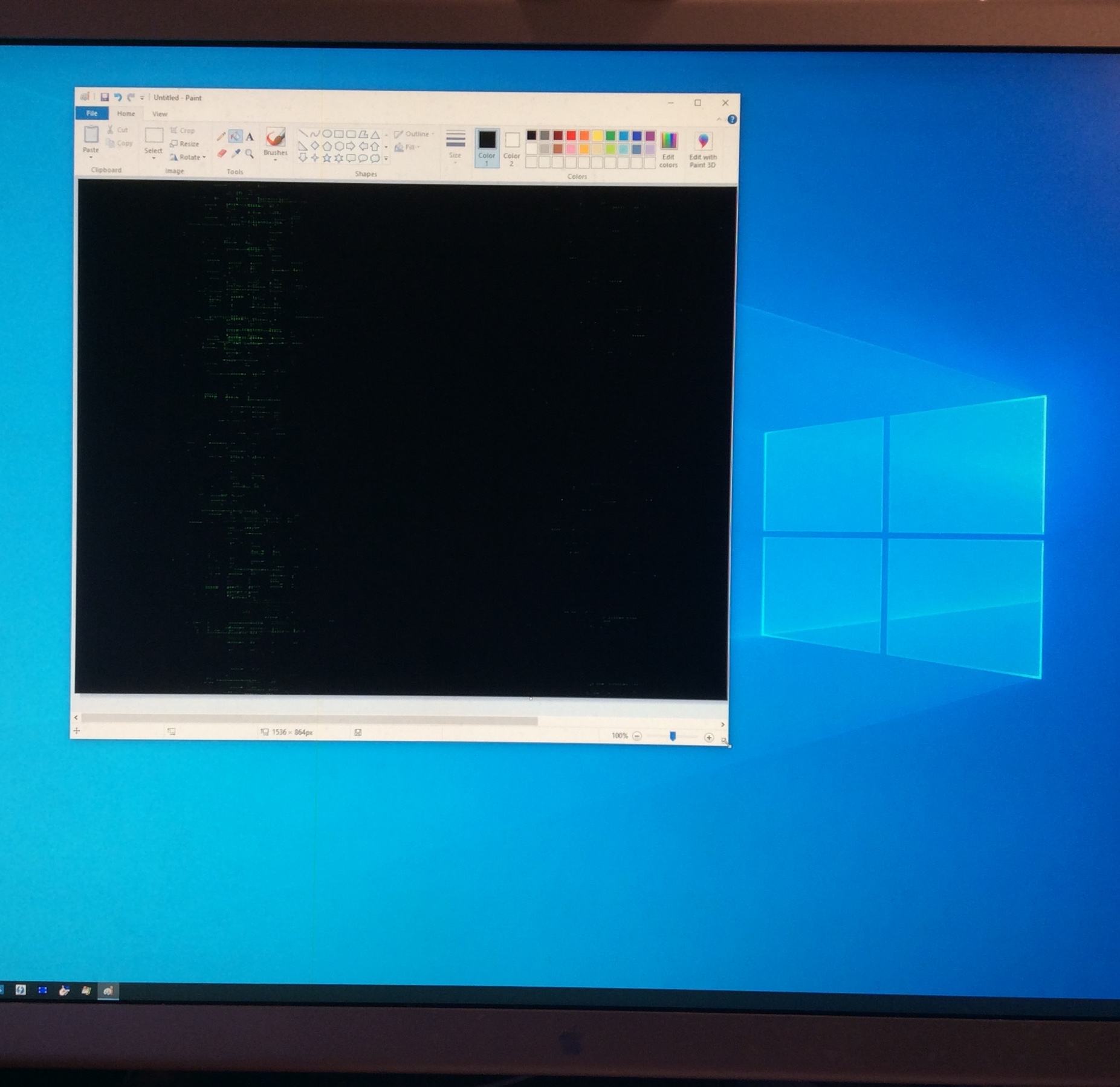 i also received a firmware from support and it was the same, also the firmware from the startech website (same adapter but 4 times the price) is the same always 2.33.102

I can remember the I saw flicker in the past (without CAC-1510-A) but only when the apple logo on the boot screen was visible or the picture was fullscreen black. but there was only a little bit of flicker, not like now with the CAC-1510-A.

I guess we have to life with it 🙁

I am guessing the adapter is missing capacitors or something…