As I said here  I’m just a tech lover no more, no less. But very restrained when we are talking about wallet.
Besides a small Thinkpad x60s  I have my desktop pc. This one was build somewhere on 2012, powered by my first brand PSU, a 1000W  CSP -X1000CB Club3D. A part of my life, that part called happiness, when switching from an old ddr system that served for more than 6 years to a ddr3 one reminds you about dreams and their meanings.
I dreamed about making a new pc, I put some parts that I could afford together and here I’m showing it to you:
Thermaltake Chaser A31
Lepa G750MAS
AsRock FM2 A85X Extreme 6
AMD A10-5800k
Noctua NH-U12S
8 GB HyperX Red 1600
120 GB HyperX 3k SSD
8.1 os

So far I’m very pleased, I do my stuff more than decently. Most of them CAD projects, photoshop etc. But gaming and rendering civil 3d surfaces kills me. It’s the missing Royal gpu… 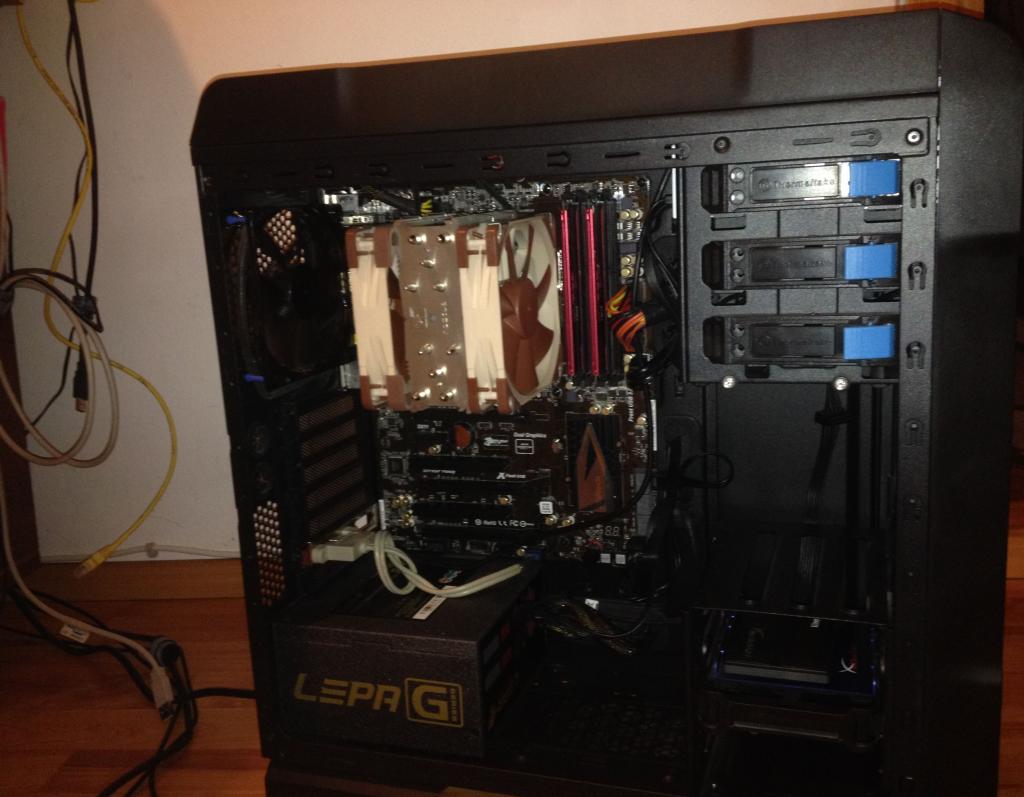